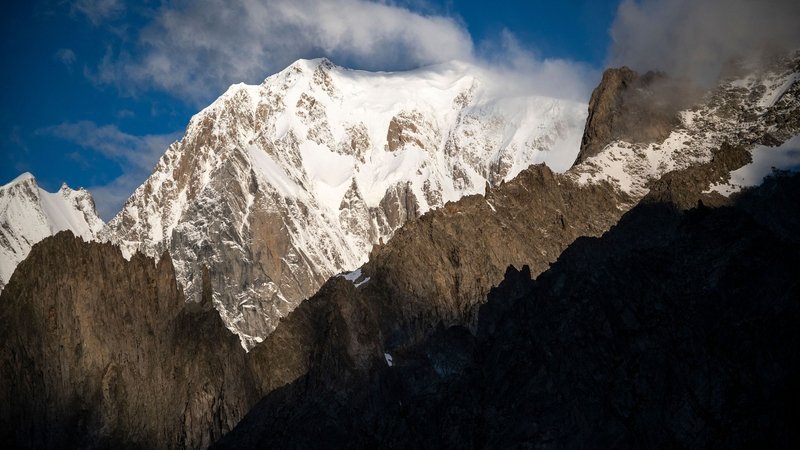 French experts say they have measured Mont Blanc, the tallest mountain in western Europe, at almost a metre lower than its previous official height.

Geographical experts said that after an expedition in mid-September the mighty mountain in the heart of the French Alps was 4,807.81 metres high, lower than their last published estimate of 4,808.72 metres in 2017.

“Now it’s up to climatologists, glaciologists and other scientists to look at all the data collected and put forward all the theories to explain this phenomenon,” they told a press conference in the town of Saint-Gervais-les-Bains, at the foot of Mont Blanc.

As alarm grows worldwide over the melting of glaciers, the official height of Mont Blanc has been on a downward slide for over a decade. The highest reading was 4,810.90 metres in 2007.

The mountain has been losing an average of 13 centimetres in height annually since 2001, the geographical experts said.

The objective of regular measurements is to create a model of the ice sheet and to feed a precise data bank which will be made available to all experts.

The readings vary from year to year as the summit is covered with a layer of permanent snow which functions like a huge snowdrift and varies with high winds and precipitation.

“Since the dawn of time, the altitude of Mont Blanc has varied continuously,” the experts said, noting that the “rocky” part of the summit culminates at 4,792 metres.

The measurement expedition is carried out every two years, but the experts revealed today they did not publish the “exceptionally low” figure in 2019 of 4,806.03 metres.

This reading needed to be taken with “a pinch of salt” and the decision was taken at the time to wait for the 2021 measure “for more scientific explanations,” they said.

This year’s outing benefited from exceptional weather conditions, making it the most accurate reading yet, they added, while warning against rushing to interpretation.

“We should not draw hasty conclusions about measurements which have been carried out only since 2001 with this kind of precision,” said Denis Borel, one of the experts.